I am fascinated by green-woodworking and the potential of coppiced woodland for manufacturing beautiful truly sustainable products in wood. A few years ago I learnt of a style of basket, called a "Whisket" once made in abundance on farms through Mid Wales but was at risk of disappearing forever because nobody was making them anymore.

The whisket is a traditional, round-bottomed basket, made from split hazel. Other designs of hazel basket survive through much of Wales, and some parts of southern and eastern Europe. Little is known though as to whether hazel as a weaving material, was ever used in this way, in other parts of the British Isles

I am one of only a handful of people in the UK still making and teaching split hazel basketry, making it a critically endangered Heritage Craft. 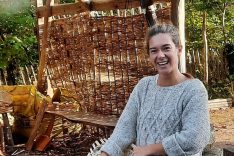 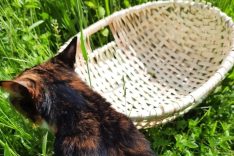